Often at meetings concerning the future of the Ogallala Aquifer, I have questioned the wisdom of using precious groundwater to grow corn. 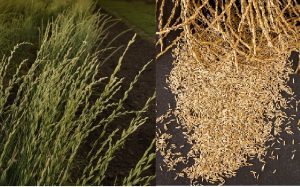 Farmers who make their livings growing that crop understandably take issue with this point of view. One time, a farmer told me point blank that I didn’t know what I was talking about. “You just need to be educated,” he said.

An old farm neighbor of mine, who knew me pretty well, spoke up. “She’s educated, just down a different avenue.”

I was touched that my old neighbor had come to my defense. And the fact that a member of his conventional, industrial ag school of thought could recognize and respect my sustainable ag school of thought gave me hope that communication between these divergent views is possible.

That so little of that communication seems to take place in Kansas strikes me as ironic, since Wes Jackson, a famous leader in the international sustainable ag movement, is a dyed-in-the-wool Kansan. Yet few people from my western half of the state have ever heard of Wes.

When I lived there, I had never heard of him either. It wasn’t until I began to get educated in that different avenue of mine, at the University of Iowa, that I learned about Wes and the Land Institute he co-founded near Salina. The work done there is ground-breaking in the figurative sense of the word, but the opposite of ground-breaking in the literal sense. One of the main goals of Land Institute research is to avoid breaking any ground at all, because when farmers turn soil to grow annual crops, too much of it blows, or washes, away. Over the last 40 years, according to a study performed by the Cornel ecologist David Pimentel, erosion has caused almost a third of the world’s cropland to be abandoned.

If you have any doubt that this is true, check out the difference in elevation of the land wherever a field that has been under cultivation for a long time verges on a prairie pasture that has never been plowed. In one such place on my family’s farm, the crop ground had weathered down to a full three feet below the adjoining pasture.

A distinguished plant geneticist whose research and books have won many awards, including a MacArthur genius grant, Wes Jackson has spent his lifetime developing perennial grains so that soil can stay where it belongs, instead of blowing through the air or flowing down gullies into rivers and streams. Perennials hold soil in place, and through their deep root systems are able to sustain themselves without needing irrigation. Through the painstaking selective breeding of wild grains for traits such as good yield, threshing ability, seed size and quality, Wes and other Land Institute scientists have made a lot of progress. Kernza is the trademark name of one perennial grain they’ve developed from wild, intermediate wheat grass, and it is already being sold in niche markets, for craft beers and specialty breads.

“Nature as measure” is one of Wes’s favorite phrases, meaning we need to study the way nature sustains itself and use that as a guide to create a sustainable form of agriculture. Each year in September the Land Institute holds a Prairie Festival. Around a thousand people from all over the U.S. and the world flock to the Festival to hear Wes and other renowned scientists, authors, historians, economists, and philosophers speak.

I share this information with the hope that more High Plains people, especially farmers, will be in that crowd this year. I share it because I have never met a farmer who did not wish to leave the land in better shape than he or she found it in, and because Wes and the visionary thinkers who speak at the Prairie Festival can help transform that dream into reality.