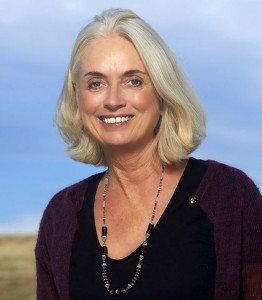 Julene Bair is the author of The Ogallala Road, A Memoir of Love and Reckoning (Viking Penguin 2014). Her first book, One Degree West: Reflections of a Plainsdaughter, won Mid-List Press’s First Series Award and a WILLA Award from Women Writing the West. Bair’s essays have appeared in venues ranging from the New York Times to High Country News. A 2004 NEA fellow, she has taught at the University of Wyoming, the University of Iowa, the Iowa Summer Writing Festival, Denver’s Lighthouse Writers and the Jackson Hole Writing Festival. Prior to teaching and writing, her career interests ranged from the management of a San Francisco recording studio to filmmaker to farmer. She lives in Santa Rosa, California.

I got bitten by the writing bug as a child, when I wrote my first poems about the beauty and spirit of my favorite horse, Flame. She was too wild to ride in reality, but in my imagination, I could race across the prairie on her bareback. At eighteen, I not only left the western Kansas farm I grew up on, but I left Kansas, headed, I thought, for a more exciting life in the city. But the most exciting thing I did in San Francisco was leave it some years later, to live in a remote mountain cabin in the Mojave Desert. Thinking I would become this modern-day Thoreau, I tapped out stories on an old manual typewriter and sent them off to The New Yorker and the other best magazines. Before long, I’d papered my outhouse walls in rejections slips.

After years of this kind of struggle, the first story I ever published was about Kansas and my father. When I went to graduate school at the Iowa Writers’ Workshop, I thought I would be writing stories about my experiences in 1960s San Francisco or my bold adventure in the wilds of the Mojave, but no, my fingers tapped out more stories about my family and about my brief return to Kansas in my mid-thirties, to have my son. No matter where I’ve lived or what I’ve done for a living since, I keep coming back to Kansas in my writing. Why? I didn’t understand this then, but do now. My most fundamental identity came from those prairies where I grew up, and as much as I wanted to believe that identity was secure, I knew, deep down, that it was not. 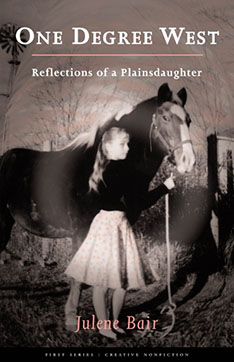