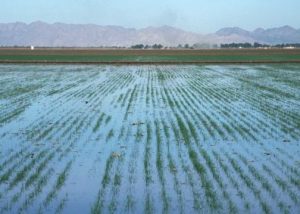 A friend of mine once wrote an essay recalling an annual visit to a shoe store when she was a little girl. On this particular trip, her mother told her she could buy as many pairs of shoes as she wanted. In previous years, she was allowed to choose just one pair of Sunday shoes and one pair of practical Buster Browns. Choosing the Sunday pair had always been the hardest. But this time she didn’t have to anguish over whether to get the shiny black patent leather shoes with the pink bows, or the shiny white ones, or the sparkly pink Cinderella slippers.

Riding home with the boxes stacked high on the back seat, she felt guilty for not feeling as happy as she thought she should. Only later, as an adult looking back, did she understand why being able to indulge her every wish had left her feeling empty rather than satisfied. The limits that had forced her to make choices in the past had also been a form of discipline, keeping her within reasonable bounds and reinforcing values of thrift and humility that she had come to accept as part of her and her family’s identity. When those limits had been suddenly lifted, she felt insecure, no longer certain of who she was.

Whenever I recall that story, I think of my father after he put in his first irrigation well. As a High Plains farmer who got only 17 inches of precipitation each year, he had never been able to grow the more lucrative “Sunday” crops. Oh, he grew some dry-land corn now and then, to grind into ensilage and feed to his sheep, but because corn required too much water to yield well in that climate, he had to stick to small grains for his cash crops – wheat, oats, rye, barley, and milo – the practical Buster Browns. Now, with irrigation, he could grow all the shiny, better-paying crops he wanted.

I will never forget the glee on my father’s face each spring when the water came gushing out of the irrigation pipes. But I’ve always wondered, if beneath that glee, he didn’t experience a little of the same kind of doubt that my friend experienced after her mother bought her all those shoes.

Getting too much of anything we want diminishes its value. The same with water on those dry plains. Until irrigation technology came along, my father had to fallow his wheat ground every other year to store up enough moisture in the soil for the next crop. He had to set his seed drills to plant in moist soil but if it hadn’t rained or snowed much during the fallow period and that moist soil lay too deep, sprouts would die before reaching the surface.

Telling him he could have all the water he wanted would have been like telling him he could live forever. Most of us are smart enough to know that living forever is impossible, A, and, B, we wouldn’t really want to. At the same time, I doubt many mortals would have the willpower to turn the opportunity down.

So even though the Ogallala aquifer, which was the source of all that supposedly limitless water, is now running dry, I don’t blame my father for grasping the opportunity to irrigate. But I do wonder if having so much water suddenly available to him at the flip of a switch didn’t confuse and unsettle him a bit, just as it confused my friend to hear that she could have as many shoes as she wanted.

The limits imposed by nature on my father’s water supply had shaped him. They had been integral to his identity as a plainsman. Just as with my friend, those limits had been a form of discipline, keeping him within reasonable bounds and reinforcing values of thrift and humility that had defined him and his plains ancestors. Did he ever stop to question his new reality or wonder who he was now?