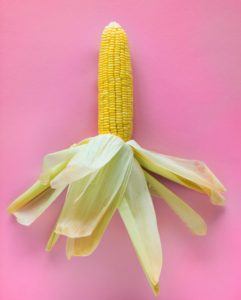 A few years ago I attended a meeting in my hometown, Goodland, Kansas. It had been called by the Vision Team, appointees of then Governor Sam Brownback, who had taken a noteworthy interest in conserving the Ogallala Aquifer. We hundred or more attendees were divided into groups of around eight each and asked to address a series of questions. For instance, what role might technology play in conserving the aquifer? And how could education about the aquifer be improved? But the question that stands out in my memory asked, simply, “How long should the water last?”

I was struck by the earnest and heartfelt responses of the farmers at my table. “The water should last for generations,” one man said. “Forever,” said another. These wishful aspirations were met with forlorn nods. No one said, as many farmers had in news stories I’d read over the years, that the water was theirs to use as they pleased and leaving it in the ground wouldn’t do anyone any good. I guess that enough water had passed under the bridge, or through irrigation pipes, for them to realize that a crisis was truly upon them. Several worried that, unless they took serious measures now, the water would soon be gone, and their children and grandchildren wouldn’t be able to profit from the land as they had.

Although new seed varieties and technologies did make it possible to use less water, the farmers readily admitted that these would only slow the aquifer’s decline. I kept waiting for someone to mention the elephant in the room, but since no one did, I guessed it was up to me. Heart thumping, I said that the federal government was driving the aquifer’s depletion with the ethanol mandate, and by subsidizing crop insurance for corn, the crop grown most widely on irrigated acres.“Don’t you think that the mandate should be ended,” I asked, “and the government should pay you instead to retire your water rights or, at the very least, grow more drought-tolerant crops?”

“Corn is very water-efficient,” one young farmer proclaimed. The nods around the table this time were insistent and affirming. But I had filed my father’s irrigation reports with the Kansas Water Office for over twenty years, and I had done the math. We had used, on average, 1900 gallons of water per bushel of corn, which amounted to more than twice the water that fell from the sky in a normal growing season. In down markets, government subsidies had been the only reason we had made money on the crop.

But not one farmer at that table was willing to entertain changes in government corn policy. Each of them did want the water to last forever. They really did, but they didn’t want to give up their most profitable crop even if that was the only way to save it. Who could blame them? What else can be expected when the elephant in a room is also a cash cow?