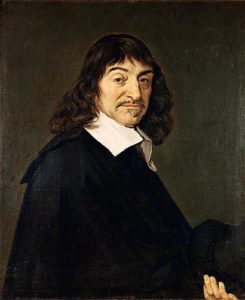 In my late twenties, I became enchanted by the mountainous deserts of the West. Whenever I could get a little time off from my work as bookkeeper for a San Francisco accounting firm, I would load up my old Toyota Land Cruiser with food, tools, and a few clothes, fill the jerry cans I’d mounted on the Cruiser with gas and water, and head for a place that looked intriguing on the many U.S. Geological Survey topo maps I’d collected.

Usually I chose destinations marked with little tadpole-shaped squiggles on the maps. These indicated springs, where water flowed to the surface from some hidden source. The jeep trails were often so steep that I could see only sky over the Cruiser’s hood as I climbed them. But the reward for taking such treacherous roads, through hundred degree heat without an air conditioner, were these miraculous glens of trees, sedges, rushes, wildflowers, butterflies, and birds. Sitting in a cool, bath-sized pool I would look down at the valley I’d come from—as broad as San Francisco Bay with no dwelling or other human in sight. Bodily sensation allowed me to forget my struggles back in the city where, newly single, I spent many solitary evenings longing for companionship. Drying off in warm sun, my skin sensitized and my senses tuned, I felt united in body and mind, at peace within and without. A child of the semi-arid plains, my spirit was re-rooting itself in environs perfectly suited to its needs.

We westerners, by which I mean all of us whose cultural roots go back to Europe, inherited a way of thinking that divorces the body from the mind. To put it mildly, this has been unfortunate for the places we inhabit. The French philosopher René Descartes, of “I think, therefore I am” fame, helped shape the scientific method, which has greatly expanded our knowledge of the physical world, but Descartes also planted within us the harmful notion that our minds and bodies are separate and that, of the two, our minds are by far superior. His view of the body as mere matter extended to the entire realm of the physical. Western minds ever since have taken this as license to reign over nature.

In my childhood, I led an embodied existence, close to the earth, but as I grew older I became a product of my culture and let my mind take over. When, as a young adult, I rediscovered the joys to be had in the lap of nature, those joys reinforced and brought into indelible consciousness what I already knew in my bones. It was not “I think therefore I am.” It was I see, taste, touch, smell and hear, therefore the world is, and it is good. Let Descartes wander forever in the labyrinthine tunnels of his own thoughts. I want to live in this world, and I want it to remain intact. Our desire to conquer and subdue nature threatens our own existence as living creatures, as flesh and blood.