“Our Turn at this Earth” airs every Thursday at 6:44 pm CT on KANZ (High Plains Public Radio).” 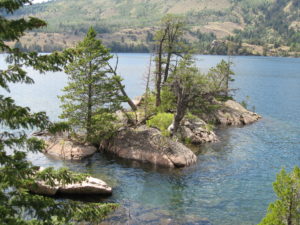 May, 1968. I’m eighteen, too young to know what love is. This guy comes to my small western Kansas town driving a classic1956 T-Bird. I decide to attend college in eastern Kansas rather than in Colorado as I’d planned, because that’s where the guy lives. By October he proposes, and in January we are wed. I drop out of school and off we go to San Francisco, where he has found a job as an audio engineer.

I remember driving across Utah with the radio blasting “When You Come to San Francisco, wear flowers in your hair.” I didn’t have flowers, but I had high hopes, which were not disappointed as we wound down the west side of the Sierra Nevada Mountains. The grass was greener, in January, than I’d ever seen it, even in May. I thought I’d arrived in paradise.

Wild times ensued, or so you might think. But the late sixties in San Francisco were not all they were cracked up to be, at least not for this Kansas-bred girl. I had little in common with the man I’d married before I was old enough to drink our wedding champagne. It took eight long years before I got the courage to leave him. I then dove into truly wild times. I mean “wild” literally. I mean “dove” literally too.

I went on a backpacking trip to the Sierra Nevada Mountains. Still a flatlander at heart, I resented the long climb through August heat, until we reached the shores of a lake filled with glacier melt as clear as the mountain air. Lying face down on a boulder with the high altitude sun hot on my skin, I began a long flirtation with the icy water, first dragging a hand through it, then a toe, until at last I had no choice but to dive in. My scream echoed off the surrounding cliffs. But once my body adapted to the cold, I couldn’t get enough of the water’s silken feel on my skin.
It was August, 1976. I was twenty-six, old enough, at last, to know what love was, and this was it. So began one of the most passionate relationships of my life. On this blue planet, I’d grown up in one of the pale-green places, where surface water was not a given. It wasn’t a given in the Sierras either, but a pleasure I had to climb to reach. Swimming in cold, clear lakes became my “thing.” I loved watching webs of refracted sunlight undulate over my arms and the sparkling rocks below me. And I loved the way my skin felt when I got out, every cell tingling and alive.

A dozen years after that first dive into a mountain lake, I went back home and discovered that the irrigated crops being raised on our and our neighbors’ farms were draining the Ogallala Aquifer, the primary and, in most places, only available water under the Great Plains. Because of the intimate relationship I now had with water, this didn’t just seem impractical—how would communities sustain themselves in the future on dewatered plains?—but like the travesty it was.