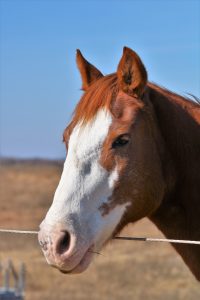 When I was sixteen, my family left the farm where I grew up and moved into town. The house, along with all of the outbuildings and the corrals and pastures that used to hold a thousand head of ewes, several horses, a few cows, and some chickens and pigs, were eventually torn down.

But that western Kansas farm still lives within me. It shaped my values. By “values,” I mean not only how I believe I should conduct myself in life, but what I most treasure and wish to preserve.

The “shoulds” of behavior I picked up mainly from my parents. Though grateful and proud of our house and land, they never let their good fortune go to their heads. They knew from watching and helping their own parents that to succeed at farming demanded hard work. The strong work ethic I learned from them still centers me and keeps me focused in my own chosen work. Bountiful crops and good markets were never a given, so I also learned from my parents to practice thrift. But my values concerning what is beautiful and worth preserving I didn’t pick up from my parents as much as from the place itself.

Early in this series, I wrote a piece called “Slow Migration,” wondering why families like mine, who had established themselves through generations of sacrifice and built big houses and farmsteads, would suddenly pull up stakes and move to town.

Amy Lorenzen, a listener who still lives in Logan County, Kansas, where her family settled over a hundred years ago, wrote to say that, despite that trend, which has been emptying out the countryside for some time, she could not bear to leave the farm her parents built. All that was left of the farm was a little over a half section of grass but she continued to live there despite her and her husband having to commute many miles each work day.

“To give up this place that has been in my family my entire life,” Amy wrote, “…just not sure I can do that. It sure would be easier though, and I think that is what a lot of us want at this later stage in life – mid-life, I guess. I am tired of the worry, the stress, the effort it takes just to live there. But I am not sure I could live without the silence early in the morning when I feed my horse, and the absolutely fresh air and quiet in the evenings. It is my haven, a place where I grew up, my children grew up, and my soul sings when I am there. You can’t replace that with ease of living or fine homes.”

I don’t think my parents paused to consider what they were leaving behind in order to live in a new and therefore finer home in town. Having always lived in the country, they perhaps lacked perspective to foresee how drastic the changes would be.

Like Amy does now, I used to feed my horses in the early morning, and in the early evening too,  just when, above and beyond us, the sky would be doing its silk scarf dance, trailing streaks of mauve, turquoise, pink and gold. I remember that intoxicating equine smell, the softness of the horses’ muzzles and warmth of their breath.

I can’t walk past horses today without stopping to stroke a shoulder or neck and if I’m really lucky, touch noses with one of them. But if I had to choose one word to describe the quality I most crave and most appreciate in my childhood past, it would be spaciousness, and this is because I grew up in a big old spacious house that reigned over a broad expanse. I can’t live in the city for more than a month without needing to get out of it in search of the peace, silence, fresh air, distance and spaciousness that I grew up taking for granted.