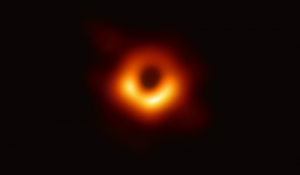 I don’t think I could have been any older than ten. I remember I was crossing our farmyard, in shorts, my legs, bare above my cowboy boots, slicing forward in a purposeful gait. Perhaps I was headed to the barn corral to catch one of my horses.

Given the nature of the thought that was about to stop me in my tracks, I must have been mulling over the notion of infinity, a concept my father had introduced me to when we stood at night out by the yard fence, gazing at the stars. He said the stars went on forever in all directions. “How is that possible?” I often wondered. But what else could the stars do? If they stopped what would be beyond them? Nothing? What was nothing? It must have been at about that juncture in my usual state of perplexity when the new question brought me to a halt: How could there be anything at all?

There must have been nothing at some point, back before the universe began. So how could anything come out of nothing? Even if God created the universe, as I was taught in Sunday School, who, or what, created God? I remember standing there in the broad, stark light of a Kansas summer afternoon, my mind reeling with the strangeness of existence. “How did I get here? How did anything get here?”

I was not an unusually precocious child. I was just doing what humans do, wondering why things are the way they are. Our intellectual curiosity distinguishes us from the other beings on this planet. Perhaps most animals are curious. Just think of the dog who must explore every corner of a house or yard. But as far as we know, dogs don’t ponder the stars or the origins of the universe. Our tendency to ask big questions seems embedded in our DNA.

“To what end?” I wonder. It is comforting to think there might be a reason we evolved with the marvelous capacity, not only to ask but to answer big questions. Take for instance one recent discovery. How thrilled my father would have been to open his newspaper, as I did one morning last spring, and see a picture astronomers had taken of red and fiery yellow light surrounding a dark disk of concentrated matter about to be sucked into a black hole in the constellation Virgo.

Our curiosity also leads us inward, to discover that our own bodies contain a veritable universe of microbes without which we could not function. The latest estimate is 100 trillion microbial cells within us versus just 10 trillion human cells. Such knowledge heightens our awareness of the interconnectedness of all life and leads me to wonder if the universe itself is a giant organism in which we humans are a tiny, but integral, part.

A little child perches on a farmyard fence, the toes of her cowboy boots wedged in the wire, beside a father pointing toward the Milky Way, explaining that the stars go on forever. What if that father and child are fulfilling their intended role in the maturation of the universe they ponder? What if their wondering and the wondering of the billions of other humans like them is the universe’s only means of knowing itself?

If we humans understood how interconnected we are with everything that is, if we had this view of ourselves as an integral part of a whole, would we be more respectful of the whole? As it is, we seem engaged in a race between two sides of our natures – our quest for knowledge on the one hand and on the other our greed to have all we desire regardless of how much damage we do to the web of life. Our curiosity can lead to ever greater understanding of what we and the universe really are, while our greed threatens our very survival. What a pity, what a phenomenal loss, it will be if greed wins.